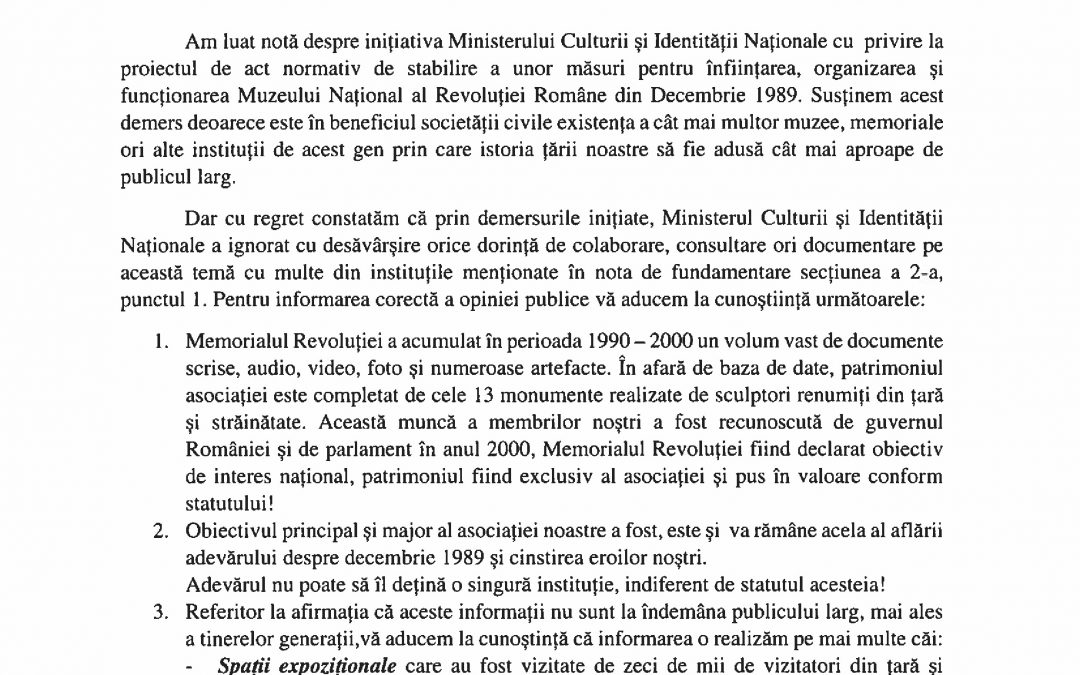 I took note of the initiative of the Ministry of Culture and National Identity on the draft normative act establishing measures for the establishment, organization and functioning of the National Museum of the Romanian Revolution in December 1989. We support this because it benefits civil society the existence of as many museums, memorials or other such institutions as possible to bring the history of our country as close as possible to the general public.

But we regret to note that through the steps taken, the Ministry of Culture and National Identity has completely ignored any desire for collaboration, consultation or documentation on this subject with many of the institutions mentioned in the foundation note Section 2, point l . For the correct information of public opinion we bring to your attention the following:

The truth cannot be held by a single institution, regardless of its status!

The Revolution Memorial Association will continue the statutory activities of honoring the victims and heroes who fought against communism, the work of documentation, research and public information, and we express our willingness to work with specialized institutions to make the truth about our recent history as easily as possible to reach the general public. 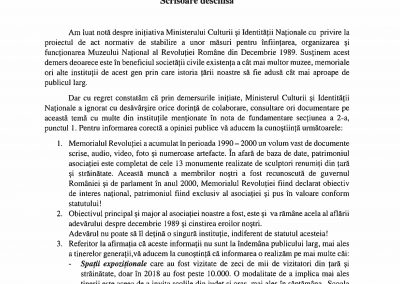 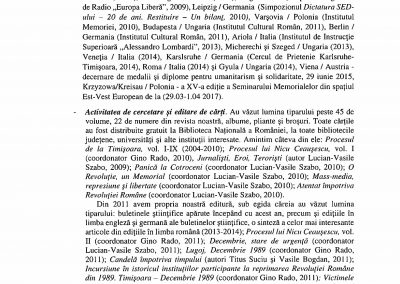 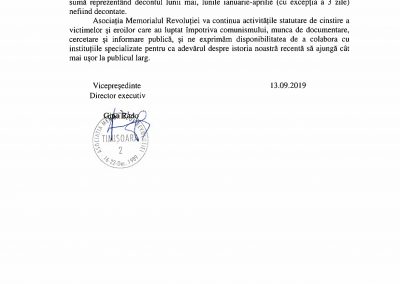